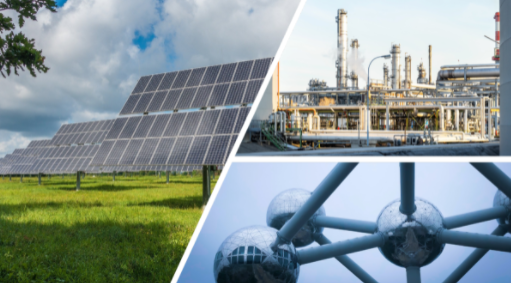 The idea of combustion of dihydrogen (H2) as an energy carrier has existed for years, an idea which regularly comes back in the energy transition debate.
Hydrogen can be either derived from hydrocarbons (“hydrogen from dirty sources”, causing the release of CO2) or produced by the electrolysis of water (“clean hydrogen”). The production of clean hydrogen makes the economic and energy equation complex to solve. This complexity is reflected in the production cost: 80€/Mwh, which is much higher than the cost of natural gas (30€/Mwh).
Between November 2019 and March 2020, market analysts increased the list of planned global investments from 3,2 GW to 8,2 GW of electrolysers by 2030 (of which 57% in Europe) and the number of companies joining the International Hydrogen Council has grown from 13 in 2017 to 81 today.
European policies such as the EU Hydrogen Strategy ambition to decarbonize hydrogen production. This is followed by ambitious production targets: a tenfold increase in decarbonized hydrogen production to meet 24% of final energy consumption in 2050 at the EU level.
These ambitions translate into market opportunities across the entire value chain and for all uses: energy storage, transportation, buildings, heat, etc. The problem of the cost of hydrogen manufacturing facilities and processes remains a major stumbling block, which a combination of factors is tending to mitigate. A more local approach to energy production/use, the development of renewable energies, a strong increase in uses linked to hydrogen increasing its profitability, as well as massive investments such as the €9 billion investment plan in Germany and in the Netherlands or €7.2 billion in France, are all opportunities for structuring the hydrogen sector.
Discover here 3 international startups who are contributing to this objective: H2 site (Spain), EH Group (Switzerland) and Natural hydrogen energy (USA).
Re-live our live Impulse Talks session on hydrogen here

Keep up to date with Impulse